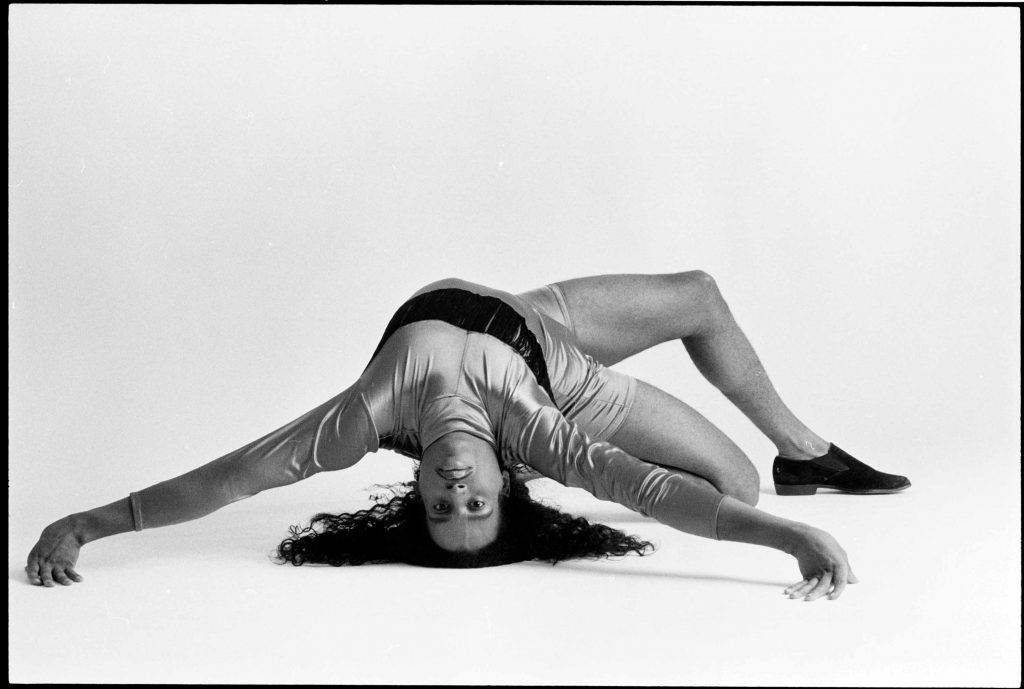 During the eighth edition of Rotterdam Pride, the Kunsthal will be the epicentre of the 2021 Rotterdam Pride Conference. Part of the program is: Deep in Vogue. Celebrating Ballroom Culture.

This exhibition showcases the community, codes, and expressive power of ballroom – focusing on its roots and the continuing need to celebrate each other in a society that so often fails to do so. In close collaboration with Amber Vineyard – Mother of the House of Vineyard, the first ballroom house in the Netherlands – Kunsthal provides the context for a subculture that is shaped by and for black and brown queer and trans people.

The origins of ballroom culture can be traced back to the New York underground scene of the 1970s. It was first brought to the attention of the general public with the launch of Madonna’s music video ‘Vogue’ in 1990, the same year in which the documentary ‘Paris Is Burning’ premiered. Over the past years, ballroom has returned to mainstream attention, for instance due to the television series Pose, and ballroom events at major festivals around the world. Through photography, video installations, and a number of fashion items by Thierry Mugler for example, the culture is shown. The exhibition is designed by the multidisciplinary fashion house MAISON the FAUX.

Ballroom culture originated in the New York neighbourhood of Harlem around the 1970s. Black and brown homosexual men and transgender women were often subjected to exclusion and discrimination, both from outside and within the LGBTQIA+ community. They started creating their own, chosen families, the so-called houses. These houses came together during balls; safe spaces where different ideals applied than in the outside world with its white and heterosexual standards.

Dressed in extravagant robes, ballgowns, and uniforms, they were able to take the stage in search of fame and status within the community – with queens imitating the poses of fashion models in an attempt to outperform each other on the dancefloor. Posing evolved into a stylised form of dancing, known as voguing, with influences from Asian martial arts, Egyptian hieroglyphics, and fashion. Although the AIDS-epidemic claimed the lives of many ballroom pioneers in the 1980s and early 1990s, it certainly did not mean the end of the community, and their legacies are carried on to this day.

The exhibition focuses on the most important aspects of ballroom culture, from the 1980s up until now. Thirty black-and-white photographs by the French-Haitian documentary photographer Chantal Regnault tell the story of the social structures and mutual affection within the chosen families. Between 1989 and 1992, Regnault frequently portrayed members of the New York houses. The exhibition includes portraits of legendary mothers and fathers, posing families, and members of the queer community at balls while engaged in different categories like fashion, realness, body, and vogue performance.

Images of people like Willi Ninja (1961-2006), aka the Godfather of Voguing, in provocative poses emphasise the expressive power of vogue. With excerpts from the documentary ‘Voguing: The Message’ (1989), the exhibition provides background information about this underground phenomenon. Especially for the exhibition, the documentary maker Ottilie Maters captured each of the five elements of vogue performance on camera: duckwalk, catwalk, hands, floor performance, and spins & dips.

Also included in the exhibition are video images by Maters showing the contemporary European scene. The interviews with people from the community not only show how the houses and participants prepare for the competitive balls in this day and age, but also reveal that these houses still function as a social safety net for people who have to battle discrimination and stigmatisation on a daily basis. Ballroom offers them a world where they can be exactly who they are.

The renowned art center by Rem Koolhaas is also the decor of The Utopia Ball on Saturday 18 September. It’s also the festive opening act for the exhibition. This annually recurring European ball is organised by Yamuna Forzani and DJ Seven Angels, bringing to life a queer utopia.