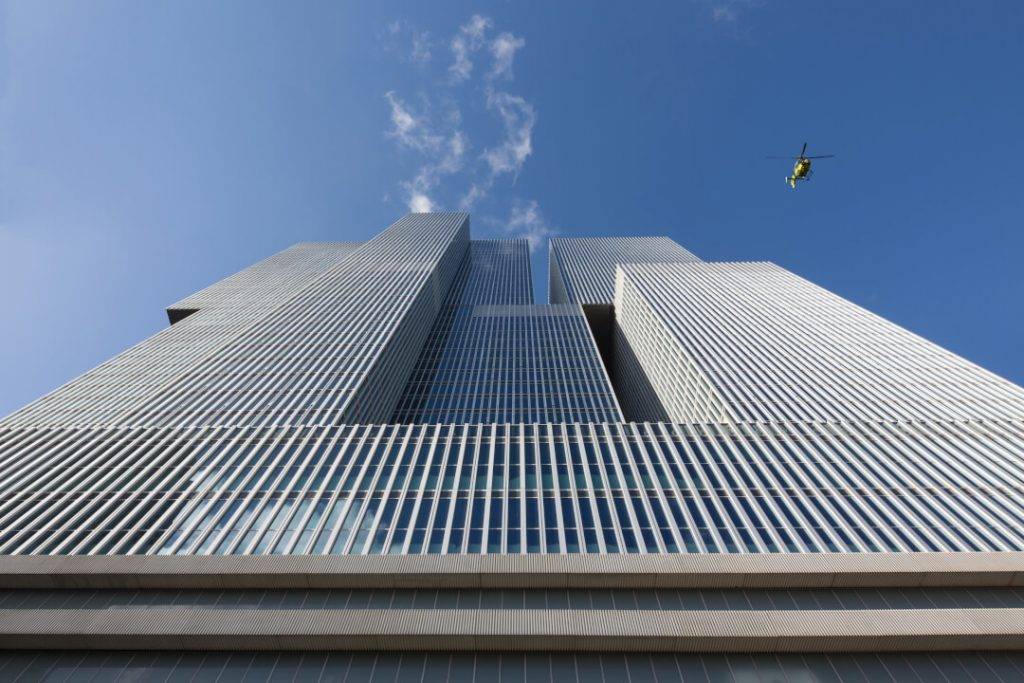 It’s hard to imagine what the city would look like without the creative input of acclaimed architect, Rem Koolhaas, and his OMA bureau. De Rotterdam on the edge of the Maas is his latest architectural feat, the exhibition gallery, Kunsthal, one of his first. Maybe a new football stadium is next on the list.

Rem Koolhaas may be 72 years old but he is not about to retire any day soon. The Rotterdammer who has achieved international success with his Office for Metropolitan Architecture (OMA) catches flights as regularly as the rest of us might a bus. From New York to Seoul and Shanghai … wherever an OMA concept rises out of the ground, that’s where you’ll find Koolhaas.

Koolhaas has a reputation for going high, higher, the highest. But reaching great heights is not his ultimate goal, he claims. In interviews he says a building should first of all feel right for its users. Architecture should not be worshipped, he emphasises. His building, De Rotterdam, certainly has plenty of worshippers though. Some have said they find ‘the vertical city’ at the gateway to the Kop van Zuid too massive, but no one can deny the fact that the country’s largest building with its most expensive penthouse on top is an awe-inspiring eye-catcher.

Completed in 2013 and costing 231 million euros to build, De Rotterdam is a veritable collossus.  It stands 150 metres high and comprises three closely constructed towers of 44 floors each. The glass and steel structure is the country’s largest building, with a footprint around the size of a football field and a surface area measuring an impressive 160,000m2. More statistics; it weighs 230,000 tons, has 24 lifts and 6100 doors. The building accommodates living, restaurants, offices, sport and exercise, and cafés. It has 240 apartments and around 60,000 m2 designated as office space. Rotterdam’s City Council is one of De Rotterdam’s main residents with 2000 civil servants lucky to enough to have it and its wonderful views as their place of work. The best view of all, however, belongs to the couple who own the 3.4 million euro XXXL penthouse apartment. For that investment they have a massive 750m2 living space with three balconies. De Rotterdam’s in house (‘One hell of a view!’) hotel, Nhow, has 285 four-star hotel rooms and a conference centre. There’s five floors of parking, 25,000 m2 all up—enough for around 700 cars. Koolhaas worked for 10 years on the building project that is named for De Rotterdam, the Holland America Line’s ship that transported thousands of migrants from Wilhelminapier to New York from the late 1800s to 1970. 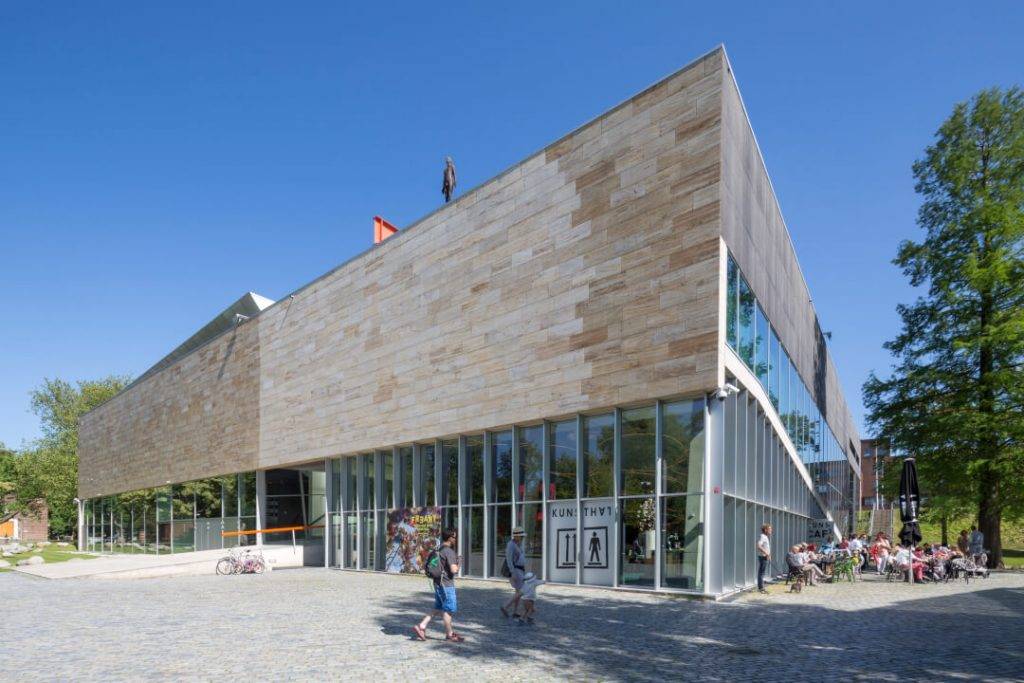 Koolhaas’s reputation as a trailblazing architect was established when the Kunsthal was completed in 1992. His design for the exhibition space on Westzeedijk in the Museum Park was also his big international breakthrough. The Kunsthal was designed to house large temporary exhibitions. It is a unique building with an unusual ramp feature, angled forms, and an opening in its front façade that allows traffic to drive through. Diverse materials are used on the walls; corrugated iron, travertine, glass, and reglit. The Kunsthal has been recognized by the architectural world as one of the 1000 most significant buildings of the 20th century. 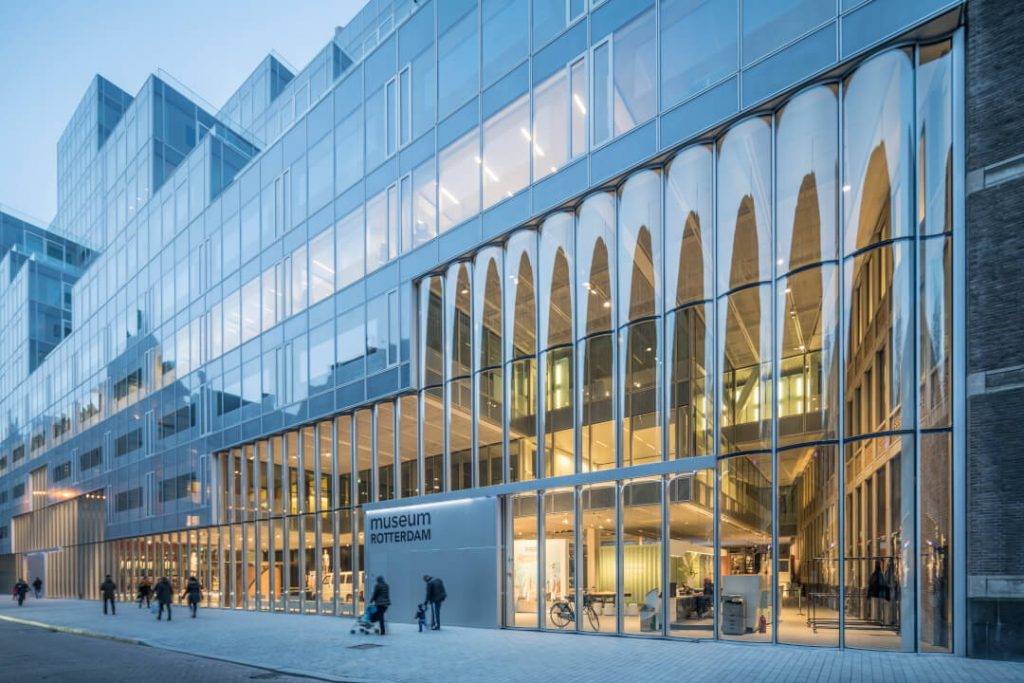 The Timmerhuis project was completed in 2015 and houses the Rotterdam Museum, municipal services, restaurants, shops, and 84 apartments. This project enveloped and gave new life to the building that was constructed in 1953 during the rebuild of the city after WWII. Now a super modern structure that represents a floating cloud of glass and steel. A truly sustainable building, claims the architect, with ecological elements that include a bat house, places for swallows to nest, and a green (living) roof.