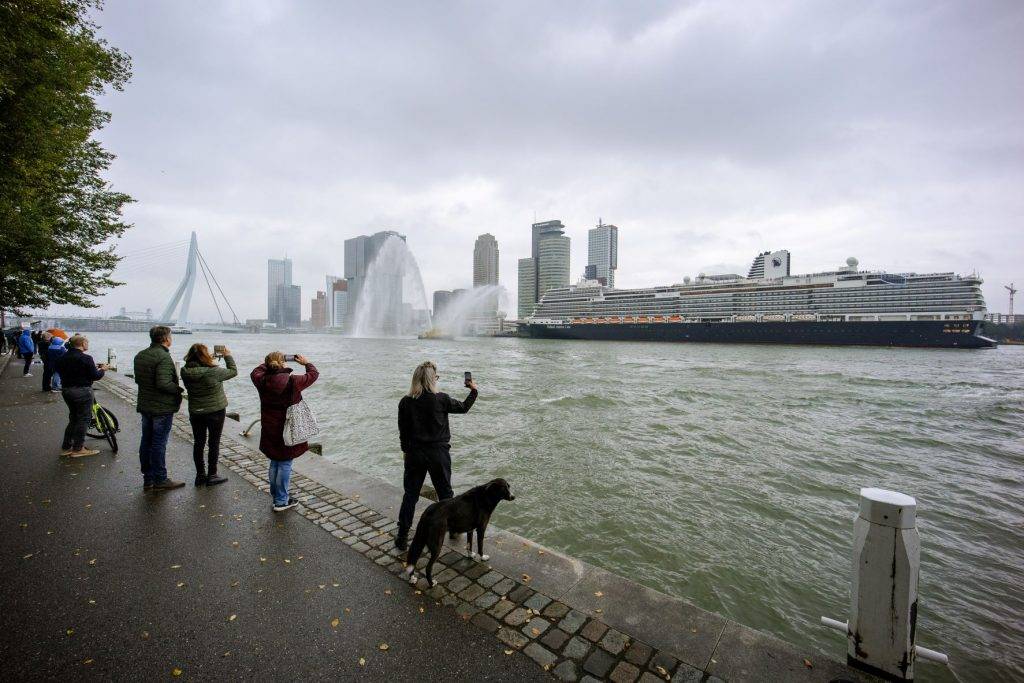 Holland America Line’s newest ship Rotterdam is set to get the royal treatment at a naming ceremony in Rotterdam coming May 30. Her Royal Highness Princess Margriet of the Netherlands will be the ship’s godmother.

”Our new Rotterdam is a spectacular ship. We are thrilled to have its naming ceremony scheduled with a celebratory cruise. This allows our guests to join the festivities and officially welcome her,” says Gus Antorcha, president of Holland America Line. ”Our history deeply roots in the Netherlands. It is only fitting to name our newest Rotterdam in the city of Rotterdam with a royal godmother to honor our Dutch roots. We are deeply grateful that Her Royal Highness Princess Margriet will once again act as godmother.”

Holland America Line’s first ship was called Rotterdam, which sailed its maiden voyage from the Netherlands to New York on October 15 in 1872, and led to the founding of the company on April 18 in 1873. Rotterdam II was built in 1878 for British Ship Owners Co. and purchased by Holland America Line in 1886. Rotterdam III came along in 1897 and was with the company until 1906. The fourth Rotterdam joined the fleet in 1908 and also served as a troop carrier when World War I ended. Following the war, it made regular cruises from New York to the Mediterranean.

Rotterdam V set sail in 1959 and began sailing transatlantic crossings with two classes of service. It later converted to a one-class ship in 1969. She sailed with Holland America Line for 38 years until 1997, including several Grand World Voyages, and currently is a hotel and museum in the city of Rotterdam. Rotterdam VI, the most recent to cruise for Holland America Line. It set sail in 1997 as the first ship in the R Class.

The third in the Pinnacle Class series, Rotterdam VII will carry 2,668 guests and measure 99,500 tons. It will feature highly successful amenities and innovations introduced with her sister ships. Including a 270-degree surround screen World Stage, Rudi’s Sel de Mer, and Grand Dutch Café. Delivering the best of everything, Rotterdam celebrates live music with an exclusive collection of world-class performances each night – from Lincoln Center Stage and B.B. King’s Blues Club to Rolling Stone Rock Room and Billboard Onboard.

Throughout the ship, Rotterdam also will showcase Holland America Line hallmarks that drive one of the highest guest repeat rates in the industry: exquisite cuisine guided by eight of the world’s leading chefs; gracious, award-winning service; and superbly appointed staterooms and suites, including family and single accommodations.

Fincantieri shipyard in Italy built the ship and delivered on July 30, 2021. It already visited Rotterdam last October. From this May the ship will explore Europe, heading to Norway, the Baltic, the British Isles, and Iceland.

”The first ship for Holland America Line was the original Rotterdam, the company was headquartered in the city of Rotterdam for many years, and the name has been a hallmark throughout our history since 1872 … so clearly the name is powerful and symbolic,” said Gus Antorcha. “With the current Rotterdam leaving the company, we knew we had a unique opportunity to embrace the name as our new flagship and carry on the tradition of having a Rotterdam in our fleet. Seven is a lucky number, and we know she’s going to bring a lot of joy to our guests as she travels across the globe.”

Holland America Line’s connection to The House of Orange goes to Prince Hendrik launching Statendam III in 1929. Since then, members of the Dutch Royal Family have launched 11 more vessels throughout the years.