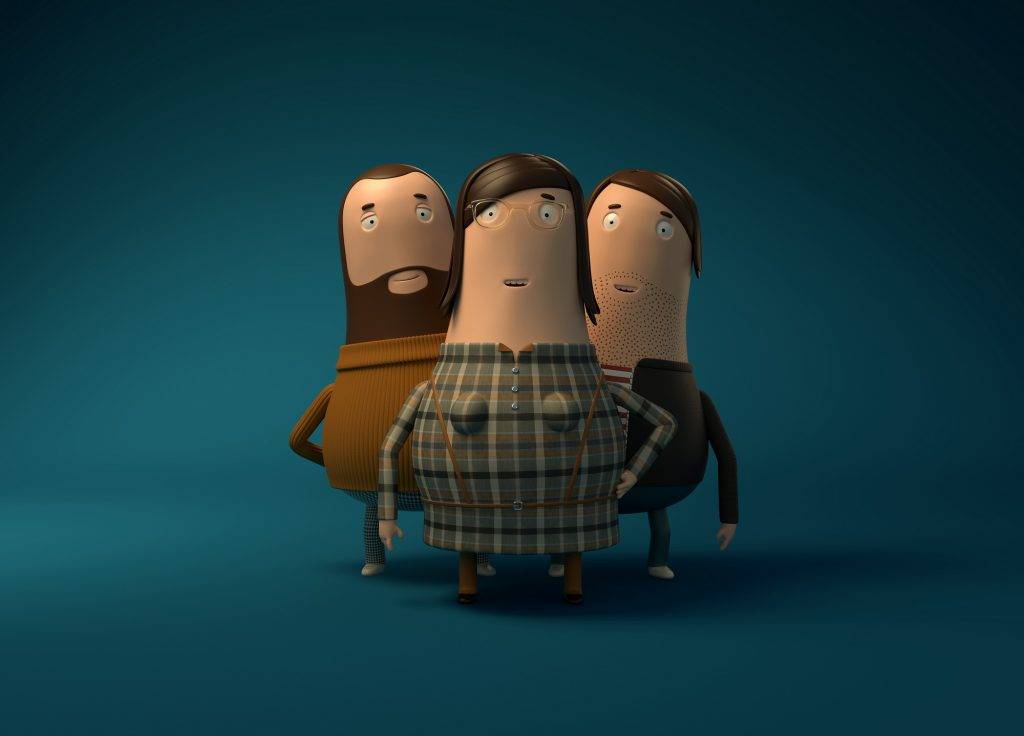 The animation studio Job, Joris & Marieke is well regarded because of their poetic, cute, funny, and sometimes disturbing creations. They already won an Emmy and got an Oscar nomination. Reason enough for the Kunsthal to celebrate their work with: A Triple Life. The exhibition runs from 26 February to 8 May.

Job Roggeveen (1979), Joris Oprins (1980), and Marieke Blaauw (1979) met at the Design Academy Eindhoven. Here they discovered their shared passion for storytelling. To them, animation proved to be an ideal medium to unite storytelling and design. Job, Joris & Marieke: ”We are happy and honored to have been asked by the Kunsthal. This is an opportunity to introduce a wide audience to our work in a more profound way. And show how we realise our projects.”

In the first part of the exhibition, the audience becomes part of a dynamic world with a new animation experience. ‘Nobody’ tells the story of Florian, an obsessively driven lifestyle Instagrammer who lives for the likes from his followers. But then, one day, he becomes transparent and is suddenly nothing more than a shadow.

For ‘Nobody’, Job, Joris & Marieke are experimenting with transposing animated film to a spatial environment for the very first time. By means of video mapping, a technique for projecting the story around the audience, visitors can imagine themselves to be right in the middle of the story.

Visitors will also be introduced to earlier works by Job, Joris & Marieke, such as Mute, in which a bloody knife wound forms the point of departure of the animation. In ‘A Single Life’ the main character makes a journey through her life with the help of a vinyl 7-inch single.

Through the various themes in the exhibition, visitors will be able to get inside the heads of the makers. Elements like character design, storytelling, use of colour, and music.

To accompany the exhibition, a variety of activities are organized, including a Kunsthal LIVE Masterclass by Job, Joris & Marieke on Thursday 14 April, and a special edition of See you later, Illustrator! on Friday 4 March. Live poetry and illustrations encourage children to turn their imagination into a visual story. Furthermore, this coming spring Job Roggeveen also will be giving a concert at the Kunsthal. The show will be featuring a selection from the three Happy Camper Albums. On the occasion of the ten-year anniversary of the music project.