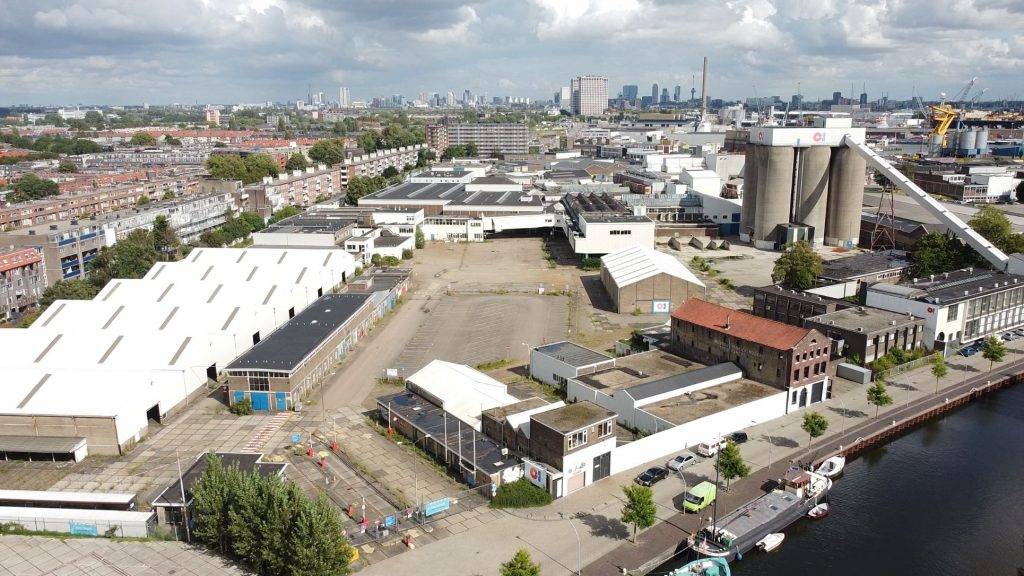 Just across the border with Schiedam, you’ll find an immense terrain that will be the location of a spacious art event. At the former location of a glass factory, some 25 artists are invited to create gigantic artworks during Glashard.

Opperclaes (designers Linda van der Vleuten and Bruce Tsai-Meu-Chong) oversees the expo and has selected international artists with roots in graffiti culture. Among them locals like Onno Poeisz, Daan Botlek, Gino Bud Hoiting, Saïd Kinos and Jeroen Jongeleen. They show their work on the inside and outside of warehouses and mostly will produce their work on the spot. Visitors can also get to work with a spray can and self-made materials.

Glashard is organised by Stedelijk Museum Schiedam. Due to a delayed municipal renovation, the building has been closed longer than expected. In the meantime, exhibitions are held on location in the city like the site of Glasfabriek, near the centre of Schiedam and the M4H-area in the western part of Rotterdam, known for Keilecafe, Weelde and AVL Mundo. In the future, the complex will be transformed into a modern, urban and hospitable area for living, working and recreation. But for now, it will be an outdoor gallery space.

It’s no surprise het Stedelijk Museum Schiedam asked Opperclaes to curate the event. About ten years ago, the duo started a gallery on the Claes de Vrieselaan in Rotterdam for starting artists. Now, Opperclaes is responsible for cultural projects in the public space. The name refers to the street and is a corruption of upper class.

Opperclaes chose makers with their own handwriting who mainly work in the abstract. ”Some started as graffiti-makers under a pseudonym and now exhibit as visual artists under their own name, others presented themselves as visual artists from the beginning. For them, it is sometimes still a search how they relate to the contemporary art scene.”

Although the artists share a love of the format, their work is quite diverse. There are colourful forms by Hense and Momo, both from the US, and – on the outside of a shed – black-and-white work by Yann L’Outsider from France. Mina Hamada, a Korean artist living in Spain, works in a more or less figurative way. And then there are artists with a typographic background, a kind of letter or calligraphy painters, such as the Dutch High On Type and ST4 from Tunisia. Others experiment with self-made materials, such as Daan Botlek, who lives around the corner from the Glasfabriek.