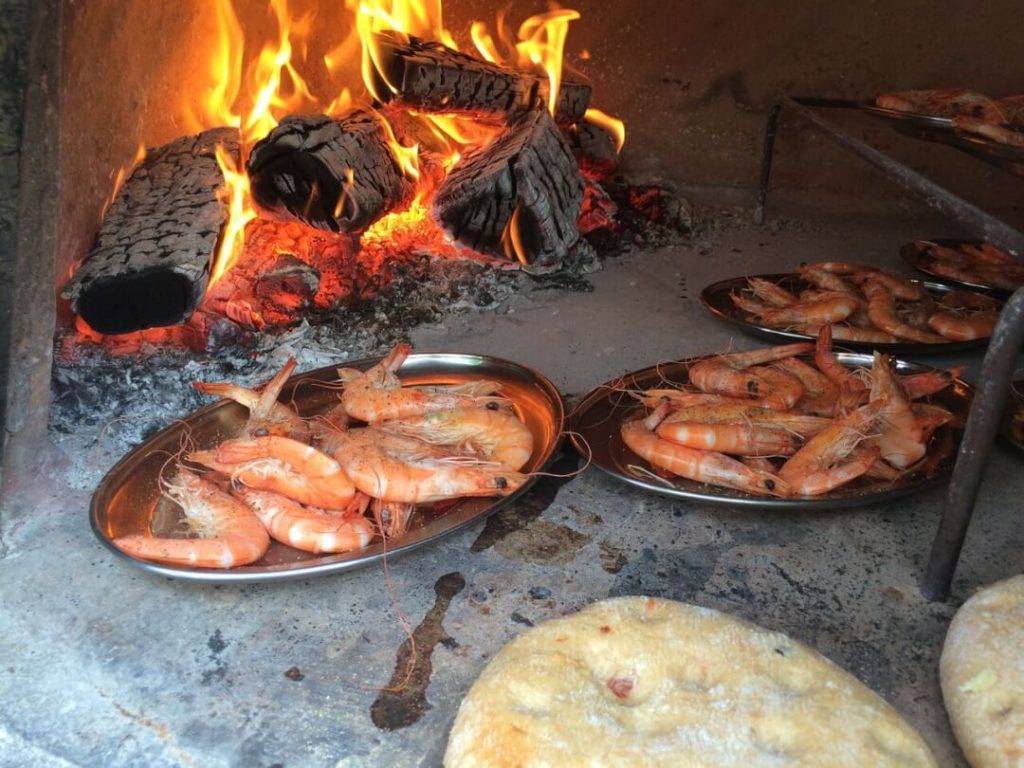 10x the best seafood in Rotterdam

Rotterdam offers some amazing seafood. We selected 11 of the best places to get some fish, from stylish restaurants to low-key pop-up open-air bistros!

Las Palmas
TV celebrity chef Herman den Blijker, owner of this extra-large restaurant, is a man of grand gestures. He loves cooking meals such as whole gurnard or sea bass in a salty crust. Also on the menu: fruits de mer (seafood platters), lobster, and chunky bouillabaisse. Smaller meals are available for lunch like squid with a salad and tom kha kai foam. For those who can’t go without, dry-aged meat and poultry dishes are also prepared in Den Blijker’s long, stainless steel and marble kitchen.
Wilhelminakade 330
restaurantlaspalmas.nl

Zeezout
This exciting address near the Maas prepares dishes using fish varieties that are often over-looked. Like tempura haddock served on a stick and baked mackerel brushed with a cream made of celeriac and taggia olives with pickles and celery. Chef Patrick ‘t Hart, formerly from Herman den Blijker’s kitchen, loves explosive flavours. Sea bass tartare with a gin and tonic pastille or stacked swordfish with a Bloody Mary dressing, for example. Be surprised in this beautiful, airy, corner establishment. You will also surely admire the wonderful, enormous tiled tableau of a red gurnard gracing one of its walls.
Westerkade 11b
restaurantzeezout.nl

The Harbour Club
This former teahouse in Het Park next to the Euromast has a lovely terrace surrounded by trees. A sophisticated décor, valet parking, a ‘living the good life’ atmosphere … everything flows effortlessly as you take your seat and order sushi, sashimi, or a Bento-box with six small Japanese treats. Or oysters, fruits de mer, king crab, lobster, caviar, and classics like whole sole seared in butter. This harbourless Harbour Club has it all.
Kievitslaan 25
theharbourclub.com/Rotterdam

The Fish Market
Easy to find, with a big open kitchen and a wonderfully ‘blue’ Mediterranean atmosphere. There’s something for everyone here—sandwiches, fish and chips, fruits de mer, or small plates like scallops in white butter sauce and tzar caviar or grilled langoustine with lobster sauce. If you’re feeling hungry try the French-style mussels or sole seared in butter.
Binnenrotte 105-111
thefishmarket.nl

Vislokaal Kaap
Located in the Kaap (the name Rotterdammers use for Katendrecht) this restaurant has a rough and ready interior with colourful fish crates stacked up everywhere. In their blue dustcoats, the staff look as if they have come straight from the fish market. The menu is based on unpretentious Normandy fare, including razor shells, Normandy oysters, crab claws with lemon mayonnaise, and mussels and chips. The menu of the day offers further meal options.
Delistraat 48

Kaat Mossel
Famous for its mussel dishes, Kaat Mossel is an out-and-out Rotterdam restaurant where everyone knows everyone. Each year its owner bestows a ‘golden mussel’ award on someone who has done something special for Rotterdam. Besides mussels, another bestseller on the menu is three Dover soles seared in butter. And there is zarzuela, the famous Spanish seafood dish.
Admiraliteitskade 85
kaatmossel.nl

Schmidt Zeevis
This place is little out of the ordinary because it isn’t really a restaurant. It’s actually a seafood market and not just any old seafood market; Schmidt Zeevis supplies seafood for the hospitality industry throughout The Netherlands. Schmidt’s enormous 100-metre long and 17-metre high store built in the shape of a ship is located in Spaanse Polder alongside the A20 motorway. You are spoiled for choice in the lunch bar, a popular destination for business folk who come to dine on oysters, half a lobster, or a portion of kibbeling (chunks of battered deep-fried fish), accompanied by a few glasses of Sancerre … then it’s back to business…
Matlingeweg 333
schmidtzeevis.nl 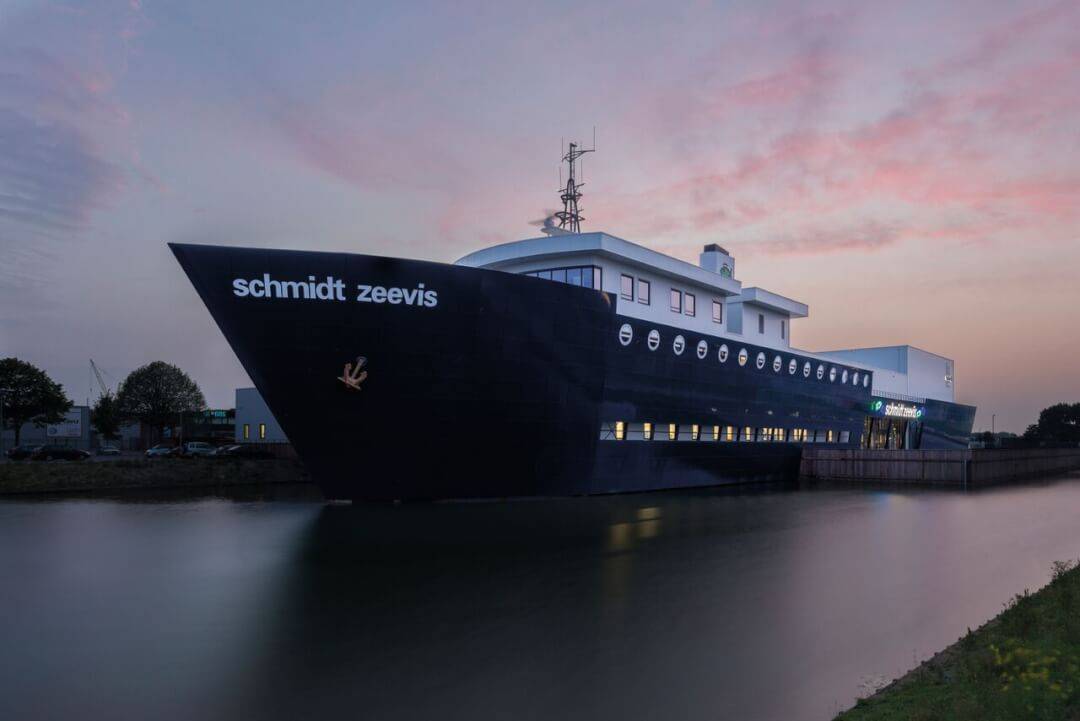 Ruud den Haan
This friendly fish shop in Kralingen has been in the family for four generations. Twin brothers Robert and Christian are now behind the counter, selling fresh fish to take home and cook or to eat on the spot. Like herring, of course, because the ‘Hollandse Nieuwe’ (new season’s catch) is in their DNA. They also sell delicious salmon rolls, and sprats, an old Dutch favourite.
Oudedijk 145
vishandelruuddenhaan.nl

Viskantine
Viskantine on Coolhaven is Restaurant De Machinist’s pop-up site when the weather is fine. The aroma of freshly grilled fish and the long canteen-style tables next to the water make for a relaxed holiday vibe. Try the fresh vongole (clams), pulpo (octopus), and prawns.
Willem Buytewechstraat 45
demachinist.nl

A la Plancha
Spanish and South American al fresco restaurants are the inspiration for A la Plancha that serves fish ‘a la plancha’ (grilled) and, of course, ceviche. Its temporary site is on the old bridgehead of the Willemsbrug, a unique spot on the Maas.
Maaskade 74
ala-plancha.nl 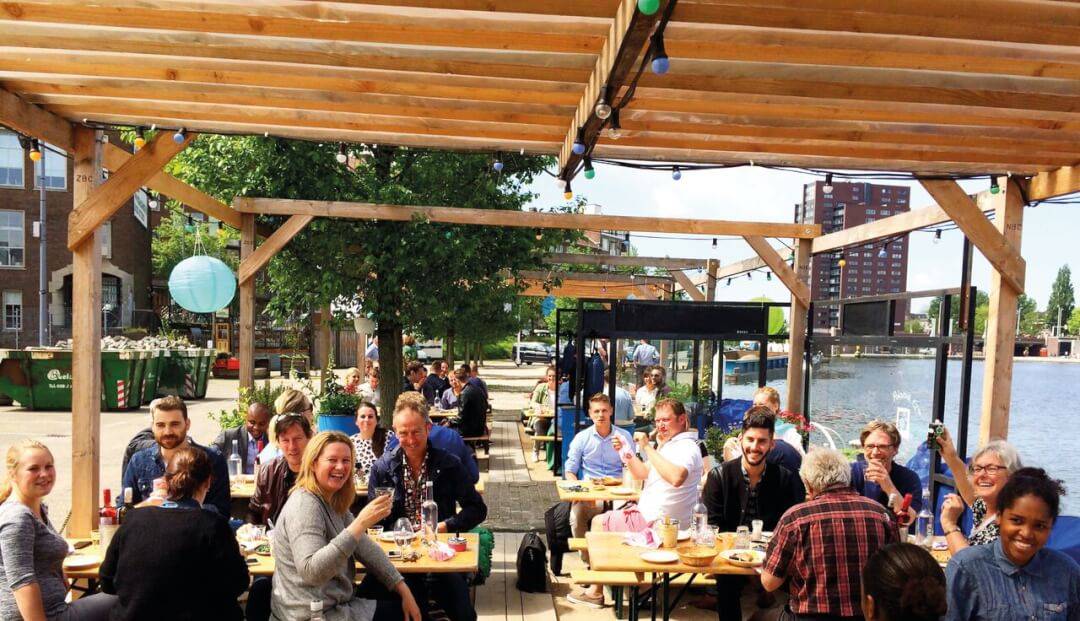 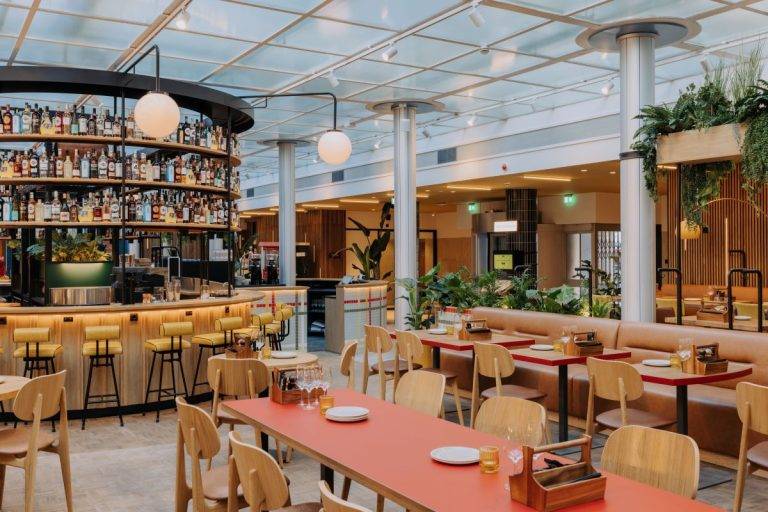 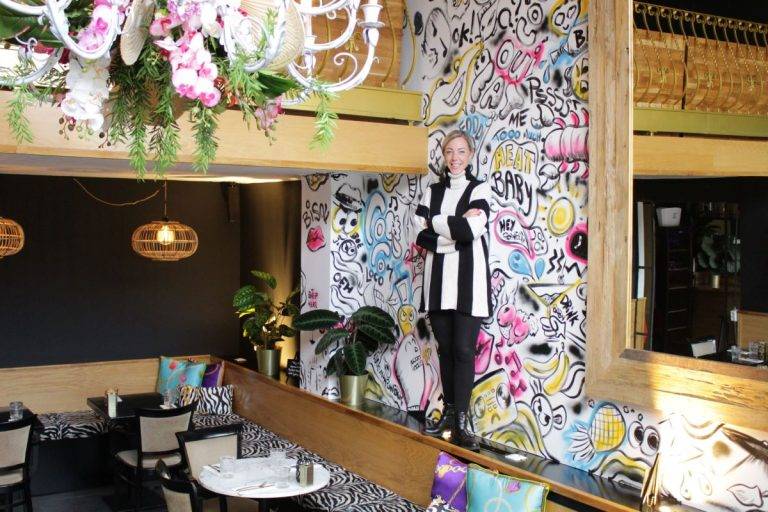 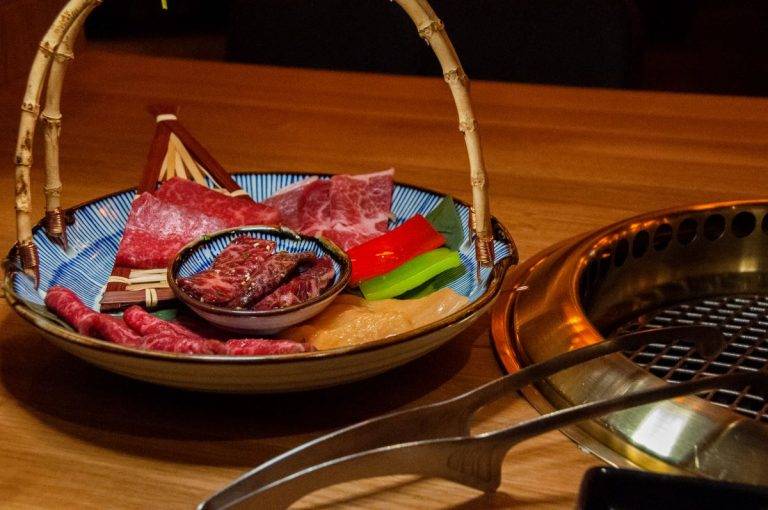 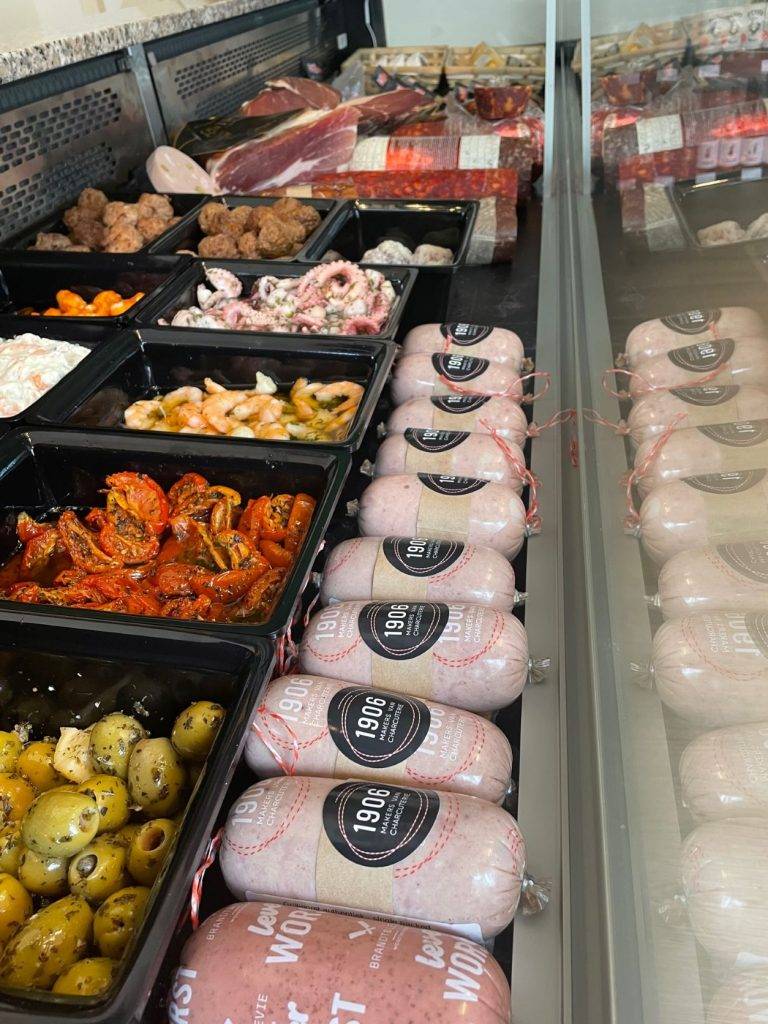 The Hofbogen is a unique complex in the Northern part of town. This railway viaduct is over 100