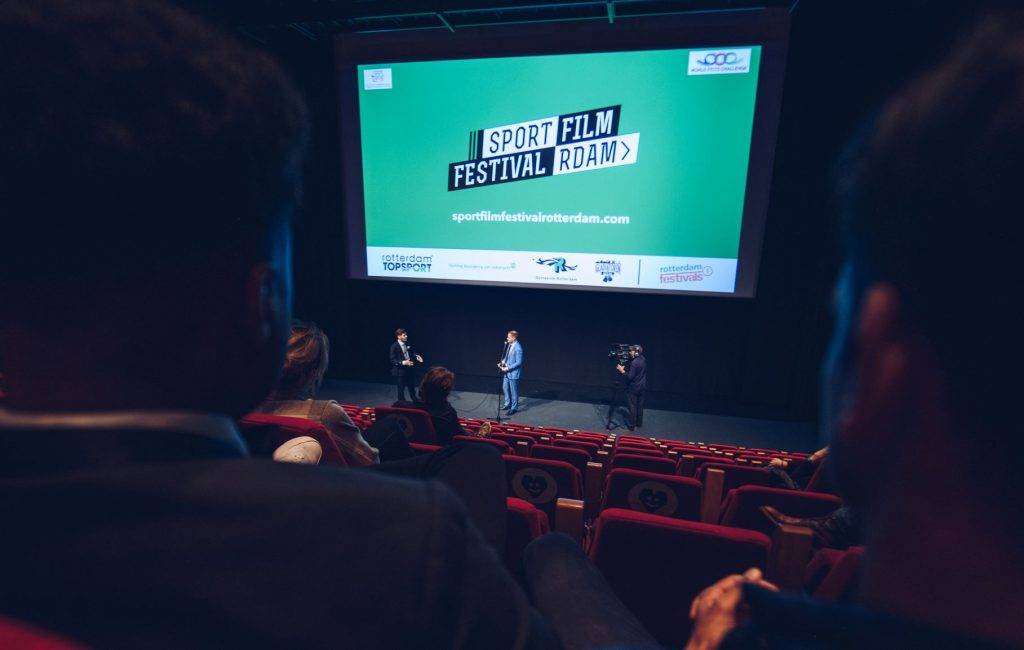 Sport Film Festival Rotterdam is a festival showing sports films and documentaries. The upcoming edition from 7 to 10 December is a 4-day online film festival and a physical event at LantarenVenster in Rotterdam on December 9.

Among the selected movies are several that compete for 7 international awards and the Rotterdam Sport Film Award. The winners are automatically selected for the prestigious Sport Movies & TV – Milano International FICTS Fest, the world championship for sports films.

There are movies about surfing, football, baseball, cycling, basketball and rowing. But also less known sports like chessboxing or pole dancing. Notable long films include the documentary The Longest Wave about the American surfing legend Robby Naish. The documentary Arsène Wenger – Invincible about the successful French football coach Arsène Wenger, The feature film Riding Uphill is about the turbulent life of a Japanese baseball player who makes a career switch to keirin cycling.

The short film section includes the documentaries OutSwing about a Pakistani girl’s cricket team practicing their favourite sport despite cultural barriers. Frank Curiel – A Baseball Story is about the inspiring Curaçao baseball coach Frank Curiel. A Second Family is an appealing story about a young Congolese female coach who manages a team of deaf basketball players

There are Dutch movies. Like the documentary Gaan voor Goud by director Yolanda van der Linden about bout the seven women of the scull selection of the Dutch Rowing Association. Mama by Marieke de Bra about poledancing.

S.O.R. Ontdekt België is a fun movie from Rotterdam. It’s is a documentary about seven Rotterdam pool skaters in their forties and fifties. Filmmaker Rob van Pelt is one of them. Now that they have visited practically all Dutch pools, they are preparing for a four-day road trip to Belgium. The documentary takes you to Antwerp, Kortrijk, Brussels, Liège, Bruges and villages that most Dutch people have never heard of. These amateur skaters take the Rotterdam mentality with them to Belgium.

At the international award show on 9 December, prizes will be awarded to the prize-winning films and filmmakers. This year, the international jury consists of the French and former Oscar-nominated filmmaker Yves Piat. The Canadian award winning filmmaker Sean Cisterna and the award-winning Dutch filmmaker Jamillah van der Hulst. They nominate winners of Best Long Film, Best Short Film, Best World Cinema, Best Directing, Best Cinematography, Sports & Society Film Award and the Special Jury Prize. The awards will be presented at a special event in April next year.