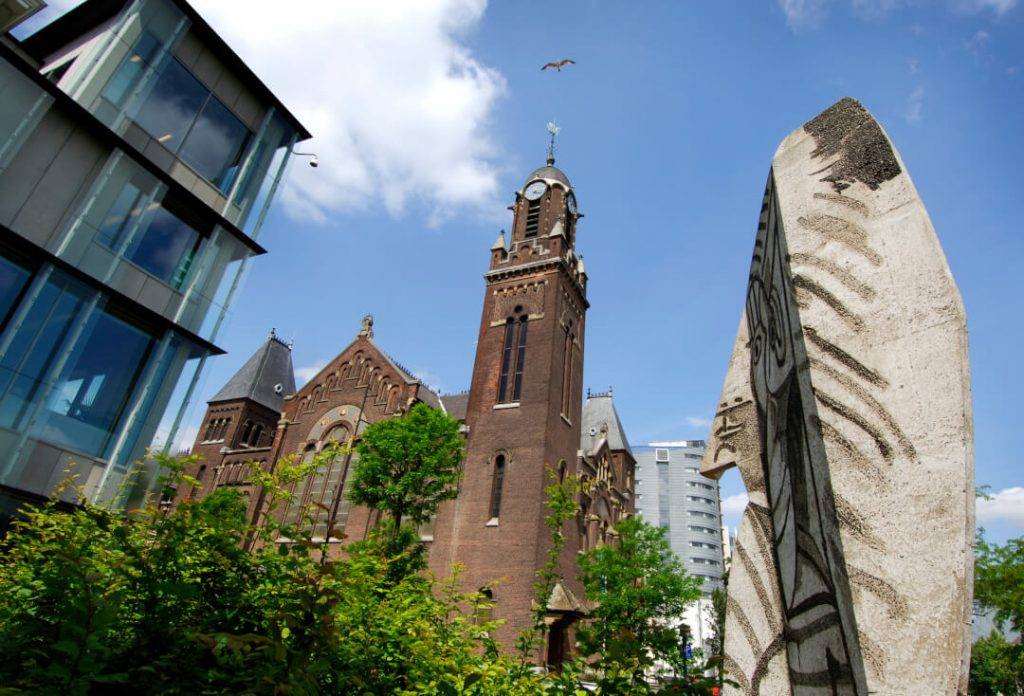 Neck getting a bit tired from looking up at all those stunning new skyscrapers? Well, believe it or not, Rotterdam is also a Jugendstil city. Pearls from this century-old architectural style can still be found in a number of places around the city. Tips for an interesting walk through an extraordinary past.

EVELIEN BAKS
Of course, there were more, many more, but countless beautiful buildings were destroyed during the WWII bombing of the city. If you are on the lookout though, there are still good Jugendstil examples to be found.
Most are in Kralingen, the romantic Scheepvaartkwartier, and a few other neighbourhoods around the city centre. But let’s start with The Grand Old Lady: Hotel New York, in Katendrecht, the place where so many Dutch people bought their one-way tickets to sail off with their offspring, travelling trunks full, to destinations promising a better life such as America and Australia.
At the end of the pier the former headquarters of the Holland-America line (HAL) still stands proud. The 1901 building is a popular hotel and restaurant these days. Take note of the verdigris turrets on top, positioned there exactly 100 years ago. This wonderful building is a Jugendstil treasure with beautiful forms inside and out; its cast iron staircase, the shipping references on its exterior walls.
Artists from the novel international movement, also known as Art Nouveau, used whimsical forms and had a predilection for animal and plant motifs. They worked with what were new materials at the time such as glass and lead, glazed bricks, and wrought iron. It was with these materials that the triumphant Jugendstil revolution began at the end of the 19th century.
The Scheepvaartkwartier (shipping quarter) could be said to be Rotterdam’s Valhalla of the style that was linked to the establishment of the day. The wealthy invested generously to decorate their spacious homes with wrought iron details, balustrades, special roof trimmings, and bricks. Particularly in this stately area of the city with its enormous mansions, which, incidentally, is really easy to get to from Hotel New York. Just jump on a wooden taxi boat and cross over to Veerhaven on the other side, or stroll over the Erasmus Bridge. To the left you will see old sailing boats moored close to where you are heading.
The former office buildings of the shipping company, Van Uden, are at Veerhaven 14-15. Notice the early 20th century building’s wrought iron bay window, embellished with sea horses, fish, and a ship’s bow. Unfortunately, this historic building is not open to the public, but if you wait around someone might just come outside, giving you the chance to glimpse its amazing, richly-decorated interior.
There’s another striking building just a few metres further along on the corner of Calandstraat. This is where the Rotterdamse Lloyd shipping company was based. Note the corner tower with its figurehead of the god of commerce. Carry on down the street to number 5-9. Once an office building for a ship broker, now a beflowered tribute to Jugendstil. Be sure to look all the way up!

Speaking of beautiful façades, return to the harbour to see ‘De Maas’ club rooms’ ornate detailing and green glazed roof tiles. This is the home of the Koninklijke Roei- en Zeilvereniging (Royal Maas Yacht Club).
There’s so much more to see here, like the residences along Parklaan, but perhaps it’s time to cross the Westzeedijk and head towards the Nieuwe Binnenweg. There are still traces of the Jugendstil era to be found in amongst all the construction going on here. The café at number 345 (a bakery back in 1896) references Jugendstil with its blue-green ceramic tiles on its exterior walls. Carry on to the Heemraadssingel to see diverse buildings with beautiful tiled tableaux. This was also once a locality for well-to-do shipping barons, as was the Mathenesserlaan.
Head back towards the city centre via the Nieuwe Binnenweg to the Oude Binnenweg. Take a look at the old tram house crossing the Westersingel! Jugendstil in optima forma… There would be so much more to see here today but for the devastation caused by the bombing. Still, you will notice historic buildings with leadlight windows here and there. At the corner of the Westersingel and the Museum Boijmans Van Beuningen is the Arminius church. Inside you will see cast iron columns, beautiful lighting fixtures, and leadlight windows from the Italian, Contini.
Walk on now to Het Witte Huis (1898) in the Oude Haven. At 45 metres high, this was The Netherlands first real skyscraper. Its original owners, two brothers, were inspired by buildings in New York. Notice all the decorative detail in coloured bricks on the building’s white walls. The statues reference trade and shipping. A bit of Art Nouveau with a nod to America. 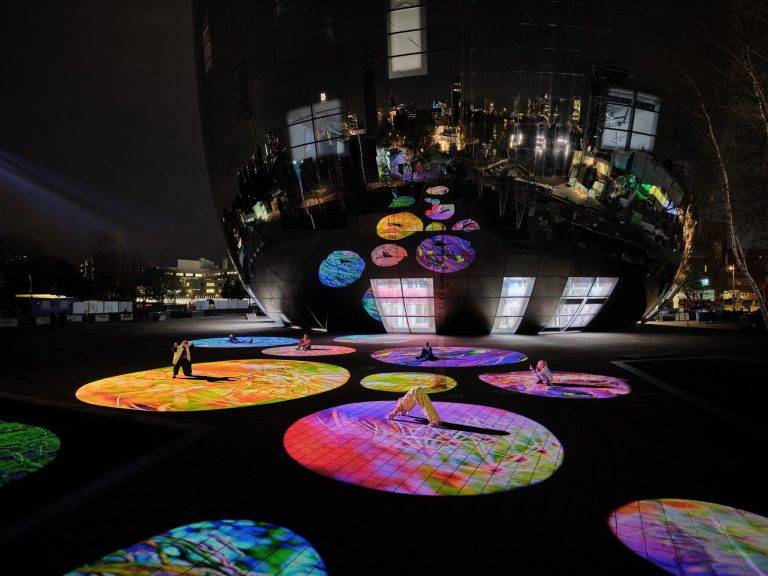