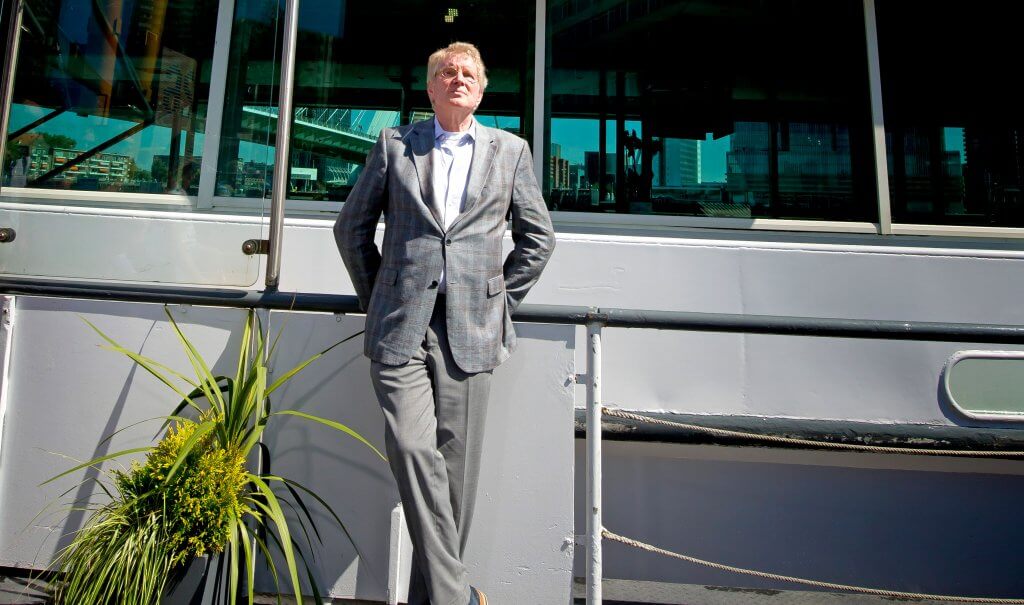 A Window To The Harbour

What started as a shuttle service for sailors a century ago, nowadays Spido Rotterdam offers Rotterdammers and visitors unparalleled views over the city and its harbour. At the helm of the company is Leo Blok, a former register accountant and major fan of The Beach Boys.

Spido is an institution with a long history in the Rotterdam harbour. They started in 1919 as a shuttle service for sailors to and from their ships and have become a popular tourist attraction. On their 100th anniversary, they were granted a “royal” distinction. They celebrated with an anniversary book, an exhibition in the Rotterdam Maritime Museum and two concerts by legendary band The Beach Boys with the Rotterdam Philharmonic Orchestra. One of the concerts took place on a balmy evening at Maasvlakte 2 last July. “A spectacular show,” says Blok smiling. “We had built a huge, transparent stage that kept the view onto the terminals and containers. During the concert, work carried on as usual.” An admirer of the California band, Blok had personally asked The Beach Boys if they wanted to come perform, and they quickly said yes. “We couldn’t have wished for a better anniversary gift.”

View from the water 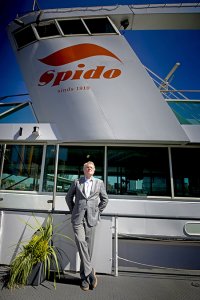 Leo Blok runs his company from a small, leaning structure at the foot of the Erasmus Bridge. The office looks out over the docks where its ships set sail; an area that gets particularly crowded in summer. Blok has seen a surge in visitors over the past few years. “Rotterdam is booming. We’re selling hundreds of thousands more tickets than a few years ago. Most popular with visitors is the 75-minute tour downstream, offering an ever-changing view of the city and the harbour shipyards, docks and containers.” An experience which, according to Blok, can’t compare with a tour of the Amsterdam canals. “Whereas in Amsterdam you sit in cramped ‘bathtubs’, we travel with comfortable, luxurious ships where you can enjoy good food and drinks on board.”

A register accountant by trade, Blok bought Spido as a family investment in 2006. He has been heading the company since 2012, and his youngest son joined later. Together, they are modernising Spido, not just the fleet, but also its offerings. “We’ve updated our docks and our five existing ships. They’ve all received a new engine, the cleanest one available at the moment. We also gave the interiors a facelift. Soon, we will launch the sixth ship of our fleet, an ultramodern vessel named “Project 491”.

During the past 100 years, Spido kept changing its course depending on the developments in the Rotterdam harbour and the needs of visitors. “Our fleet was severely damaged during the bombing of World War II, but we got back on our feet. Soon after, we began organising tours for people to witness the extent of the damage to the Rotterdam port, and later to see how quickly the harbour was recovering. During the rapid expansion of the harbour, we developed into a cruise operator. These days, we still adapt. For example, we now offer themed cruises for everything from businesses to organisations. For events, we can offer clients Michelin-starred chefs on board. Also, the harbour is slowly shifting downstream, so we started organising day-trips to Second Maasvlakte. We have an agreement with Feyenoord City to start a shuttle service after the new stadium has been completed. The harbour is always changing, and so are we.”