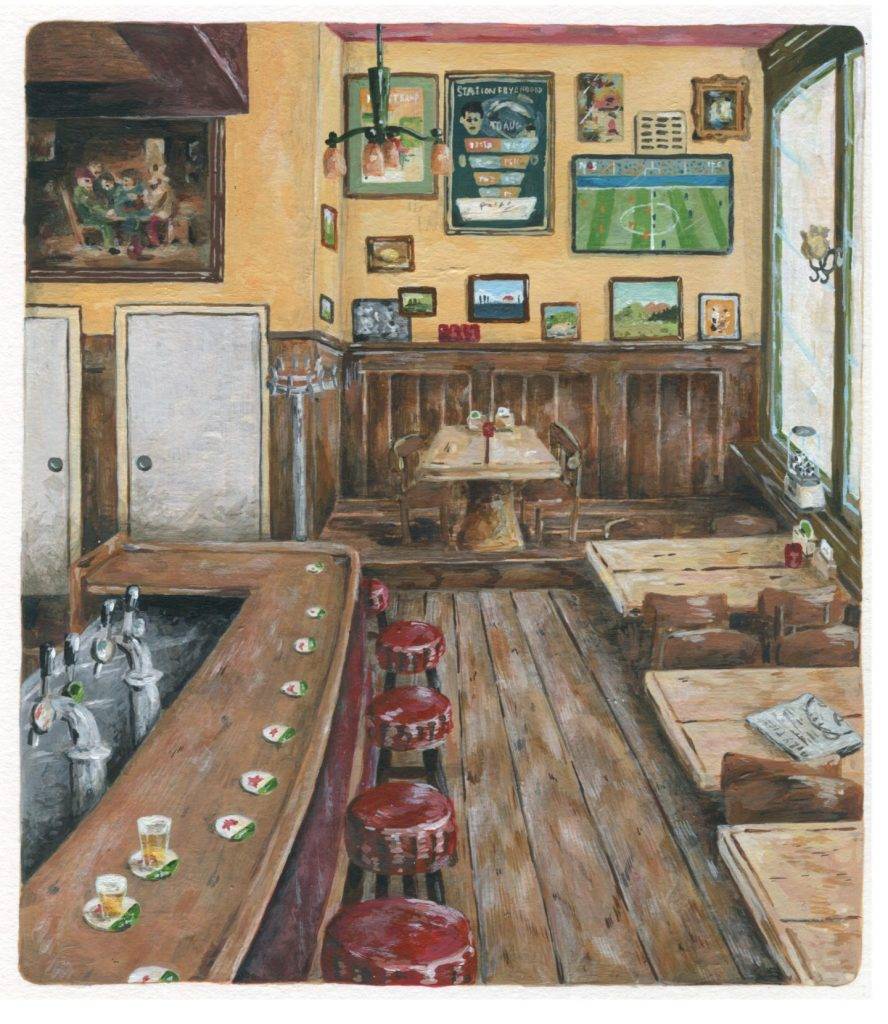 Every year, CBK Rotterdam and the City Archives go in search of artists who observe the city and depict their reflections in drawings, They are the Stadstekenaars! This year Kazuma Eekman, Maria Fraaije and Marcel Herkelman made the cut.

For the past two years, the Stadstekenaars have been recording the consequences of the corona pandemic in Rotterdam. The results were exhibited in the Kunsthal between the lockdowns. This year, the theme is gentrification.

Kazuma Eekman‘s work is described as being absurdist. According to the jury, this personal relationship with the theme, namely his search for a studio, will produce important drawings.

Maria Fraaije delivers dreamy drawings and expressive colours according to the jury. Fraaije knows how to back up her words with images, and the jury is very curious about how she manages to build a bridge between the changing city and its residents.

Marcel Herkelman says: “The city has a mood and I would like to draw this mood.” His black-and-white drawings are stiff, almost unapproachable. His texts are crystal clear and thought-provoking. It is so exciting how he captures gentrification.

Gentrification is causing much discussion and upheaval in Rotterdam. Because in contrast to the renewal and ‘upgrading’ of the old neighbourhoods, the inevitable relocation of people from their familiar surroundings and affordable rental homes is taking place. Crooswijk and Katendrecht are well-known examples of neighbourhoods where this has already happened. The Tweebosbuurt, Carnisse and Zomerhof districts are in the middle of such a drastic transformation.

It is not only about housing, but also about communities and the face of the city. Artists, for example, are in danger of losing their studios in large former school buildings. Also, old inner harbours are increasingly having to make way for housing.

Some Rotterdammers complain that they miss the raw atmosphere of the past. This city is too hip and slick. In short, gentrification is on the minds of many people in Rotterdam and has quite an impact.