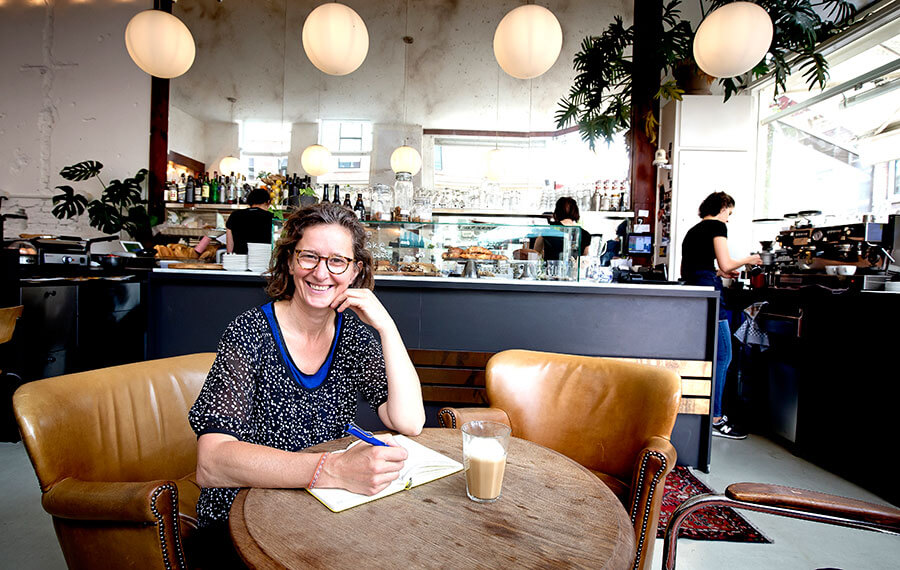 Home from Home: Living on the city’s doorstep

In this series, Inside Rotterdam talks to expats, international students and fresh arrivals about why they’ve chosen to make Rotterdam their new home.

Love brought Austrian-born Christine Fürst to Rotterdam in the early nineties, making her one of the pioneers of Rotterdam’s ever-growing expat community. Over the years she saw the city transform into a hotspot for tourists and travelers alike. Why is Rotterdam so popular these days? And how does she view its rapid transformation into a tourist destination? Christine Fürst explains:

“Love”, she answers smilingly when asked why on earth she decided to move to Rotterdam in an era when the city’s expat population was non-existent and tourists could be counted on one hand. “I was on holiday in Spain and I fell in love with a guy from Rotterdam. Before I knew it I was on a flight to the Netherlands. The passenger sitting next to me inquired why I would move to a city like Rotterdam: ‘Don’t you know Amsterdam has much more to offer?’”

In the early nineties, Rotterdam was anything but the hotspot for expats and travellers that it is today. To an outsider, the city had the look and feel of a rugged, concrete jungle, where harbour cruises and following a poorly performing football team were pretty much the only pastimes around. It was in this period, 1992 to be exact, that Austrian born Christine Fürst arrived in Rotterdam and settled in Heijplaat; a small, village-like neighbourhood, surrounded by dockyards, quays and container terminals. “This was a time when my accent set off alarm bells among the locals, especially here in Rotterdam. The city’s wartime past still loomed large in the way Rotterdammers viewed the world. Anybody who sounded remotely German was regarded with suspicion, to say the least. It never bothered me that much, because I understood the origins of this mentality and when I told people I wasn’t from Germany but from Austria, tensions would ease instantly. But those days are long gone; nowadays a German accent simply isn’t an issue anymore.”

Over the years, Christine has seen Rotterdam change dramatically: “It seems the city and its inhabitants developed a more open mentality. The food culture, for instance, is much more dynamic than it used to be. People treated eating as a necessary evil, whereas today it has become a social occasion. People take their time to thoroughly enjoy their meal and that translated into a surge of new restaurants and food courts. Enjoying good, high quality food is very important to me, so this was definitely a change for the better.”

Christine earns a living as a software engineer and has no complaints about the employment prospects the city has to offer: “There are plenty of job opportunities in my field. Rotterdam’s tech sector is booming. It’s not a coincidence that the CIC (Cambridge Innovation Center) set up a location in the city. That being said, Rotterdam shouldn’t get carried away in its wish to become a tech hub. There has to be a balance between smart innovation and a complete surrender to tech giants like Google and Apple.”  Tourism is another phenomena Christine saw come to fruition. “Tourists were scarce when I first moved here. Besides the odd businessman, there were hardly any foreign visitors. But Rotterdam has developed into a popular tourist destination. I hope the city devises a sound strategy to prevent the situation that currently exists in Amsterdam, which has turned into an entertainment factory. Don’t get me wrong, it is a beautiful city, but I would never want to live there and I hope Rotterdam doesn’t follow the same route. If that happens, I might as well have stayed in Austria to work in a ski resort.”

Christine doesn’t live in Heijplaat anymore, but relocated to the Provenierswijk; a quiet, green neighbourhood on the north side of Central Station. “I love my current neighbourhood. It’s quiet and peaceful, but the hustle and bustle of the city centre is basically around the corner. I more or less live on the city’s doorstep. It also houses my favourite spot in town: Caffe Booon; a cosy coffee bar, which draws a nice crowd and serves excellent coffee.”